After World War I, the Paris Peace Conference founded the first international organization dedicated to maintaining world peace. Its goals were to promote collective security, oversee negotiations and arbitrations and discuss various topics of international importance. In 1945, after World War II, it was renamed the United Nations and began to take a more active role internationally. Today almost 200 countries sit on the UN, which encompasses several committees and programs including UNICEF, the World Health Organization, UNIDO, and the Economic and Social Council.  Its objectives remain dedicated to maintaining peace throughout the world but also to improving lives through promoting human rights, economic and social rights, and civil and political liberties.

Since 1923, the United Nations has run conferences for students all over the world in which they participate in simulations designed to mirror UN assemblies.  This initiative was meant to promote cultural diversity and international cooperation between students as well as develop interest in serving the global community.  The New York Model United Nations conference is not only the original conference, but also the largest and most prestigious.  It is held once a year in New York, the home of the actual United Nations.

Sciences Po began participating in National Model United Nations in 2001. Each team since its debut has won various awards for their performance in the conference including “Outstanding Delegation,” “Outstanding Position Paper,” and “Outstanding Individual Delegate.”

This year, the selection process was extremely competitive with over 100 students from Sciences Po’s various Masters and Law programs applying and interviewing for a position. Our current National Model United Nations team is an enthusiastic group of 20 graduate students. We study various disciplines including International Affairs, Human Rights, International Security, International Development, Law, Political Economics, Public Management and European Affairs at Sciences Po in Paris.  We hail from many different continents, countries, and cultural backgrounds, but are all dedicated to improving our global community.

This year we will be attending the New York conference on March 30th with over 5000 other students from 220 universities worldwide. We were selected to represent Poland and have been working hard to research Polish history, politics, health, environmental issues, and its active role in the international community.

We are very excited to be working with APGEF this year and know that from our collaborations our knowledge of Poland will grow immensely.  You may have seen us at the latest conference “Stratégie du Partenariat oriental à la sortie du Sommet de Vilnius” and will definitely see us attending many more conferences this year. Furthermore, we are currently collaborating with APGEF to put on a conference in February dedicated to Poland’s important role in the UN.  We are honored to have this opportunity and hope that you will join us and share your insights! 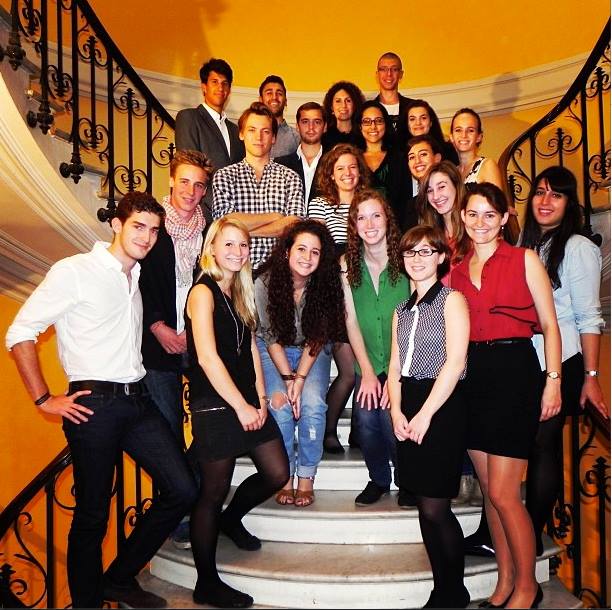