US President Barack Obama in a letter to Polish President Bronisław Komorowski wrote he had inadvertently used the phrase “Polish death camp” in his recent speech and expressed his regret over the mistake.

President Bronisław Komorowski said on Friday that President Barack Obama’s letter may be an important element of the struggle for historical truth.

Thanks to the letter Poland has gained an important ally in its battle against wrongful qualifications, the President said. 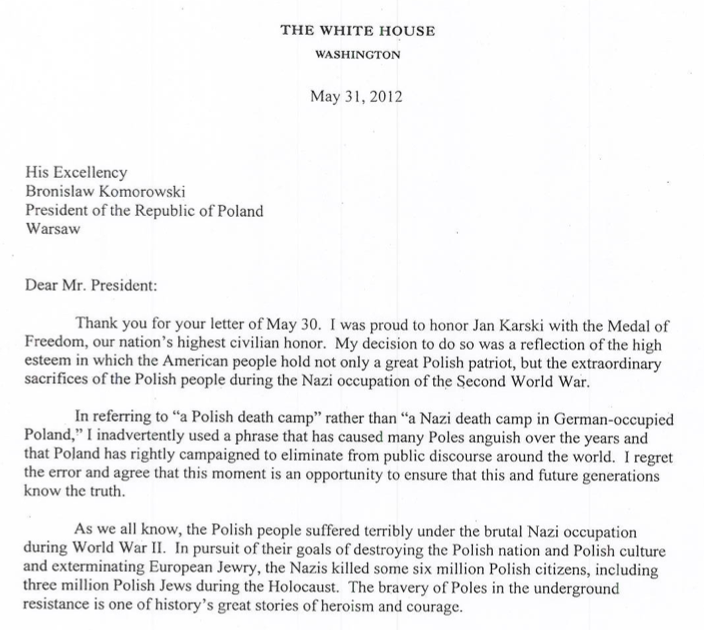